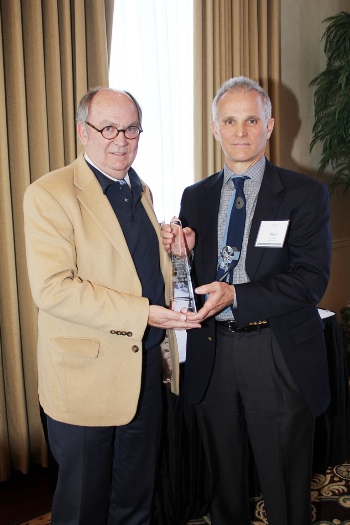 Eight years ago, Mr. Orazio was introduced to the Volunteers of America’s Bannock Youth Center, a Denver non-profit focused on underprivileged youth. After a couple of years of volunteering efforts, Mr. Orazio found a design and construction team to renovate the Bannock Youth Center to be a true gathering place for the youth of the program and spearheaded fundraising efforts for the upgrades. These efforts resulted in not only a beautiful new space, but Mr. Orazio received a “Special Friend of VOA” award from the Colorado Branch of Volunteers of America recognizing his tremendous contribution to the Bannock Youth Center. Most recently, Gary Orazio and his team created the ‘Superior Standards’ scholarship, which supports the program participants in meeting their educational goals.

Finally, Mr. Orazio has contributed to the public image of the engineering industry by consistently promoting the role of engineers and the value that engineers bring to the design and construction process. As the President of Swanson Rink for over 20 years, Mr. Orazio has consistently pushed his engineers to raise the bar on what it means to be an engineer, including: maintaining a high level of ethics, continuing to think outside the box to find the best solution for each client’s individual needs, and taking responsibility in the true role of being a consulting engineer.